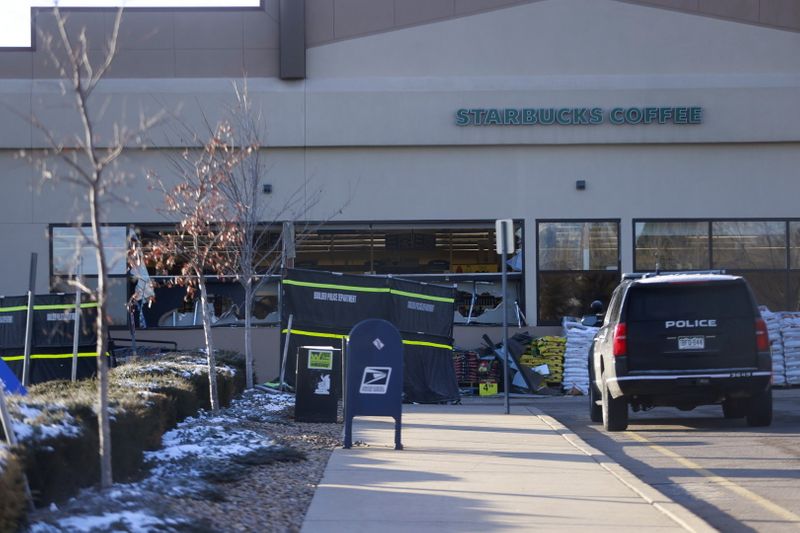 (Reuters) – For Teri Leiker, 51, the King Soopers grocery store in Boulder, Colorado, was long a happy place. She worked there for some 30 years and was even dating a colleague, according to friend Lexi Knutson.

“She loved going to work and enjoyed everything about being there,” Knutson told Reuters. “Her boyfriend and her had been good friends and began dating in the fall of 2019. He was working yesterday too. He is alive.”

Leiker was among the 10 people shot at the store on Monday whom authorities identified on Tuesday.

The 10 victims ranged in age from 20 to 65 and included Eric Talley, an 11-year veteran of the Boulder police force. Talley, 51, was the father of seven children and had recently been looking for a less dangerous job, according to a statement released by his father.

At least two other victims appeared to have worked at the store.

One of them was Rikki Olds, 25, whose Facebook (NASDAQ:) page was full of pictures of rivers, mountains and waterfalls, as well as selfies with her boyfriend Jordan Arthur.

“Rikki baby, you were taken too soon. I miss you dearly,” Arthur wrote on Facebook above a selfie of the two of them, grinning in front of a rocky hill.

Denny Strong, 20, was the youngest victim.

On his Facebook page, he said he was a fan of planes, bikes and motorcycles. In a nod to coronavirus-induced lockdowns, he’d framed his profile picture with the words “I can’t stay home, I am a Grocery Store Worker.”

Earlier this month, for his birthday, he’d asked friends to contribute to the National Foundation for Gun Rights, whose website says it works “to expand pro-gun precedents and defend gun owners.”

“I’ve chosen this nonprofit because their mission means a lot to me,” Strong wrote.