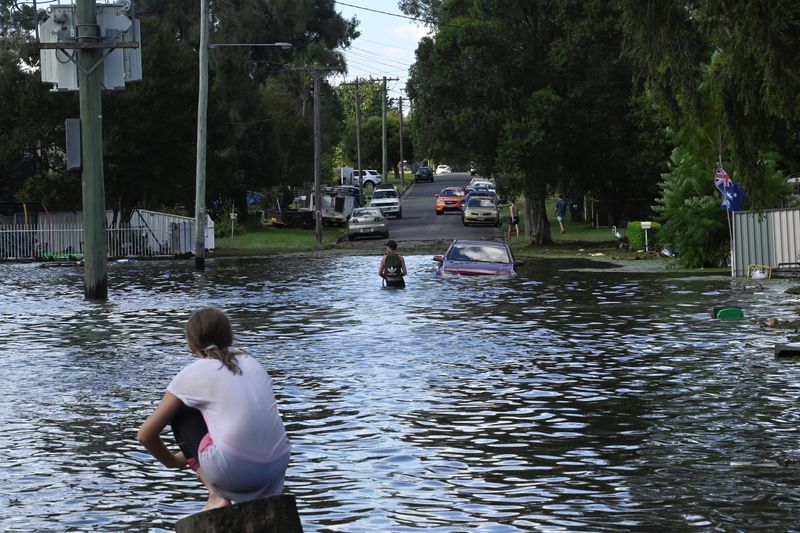 SYDNEY (Reuters) – Australians hit by devastating floodwaters began returning to their homes on Thursday as skies cleared and authorities accelerated clean-up efforts following the biggest deluge in its most populous state in more than half a century.

Water continued to flow into river catchment areas even after conditions eased due to torrential rains over the last several days, although there were some signs of relief.

“The best advice I’ve received this morning is that most of the river systems we believe have peaked,” New South Wales state Premier Gladys Berejiklian said during a televised news briefing.

“And now we are considering … which communities are able to return back in the next few days, and we just ask for everybody’s patience.”

Six evacuation orders were lifted with 3,000 people returning to their homes in the last 24 hours, but around 20,000 are still waiting in rescue centres, Gladys said.

Two people died after their vehicles became trapped in floodwaters as authorities continued to warn people not to drive through the deluge.

Australia’s weather agency said thousands of people remained on evacuation watch from rising floodwaters in several parts of New South Wales even though forecasters do not see any rain for the week.

“Even though the sun is now shining, the danger has not passed,” the agency said in a statement.

Around 40% of the country’s population of 25 million was affected by the severe weather system that stretched across an area the size of Alaska, touching every mainland state or territory but one.