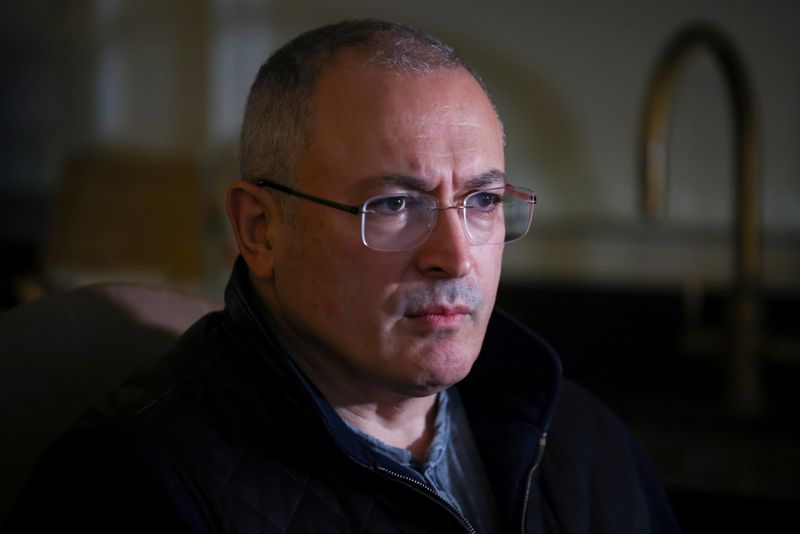 MOSCOW (Reuters) – Russian police carried out searches on Friday at the Moscow offices of a media outlet and an opposition group associated with Kremlin critic and former oil tycoon Mikhail Khodorkovsky, the media outlet’s editor-in-chief said.

The searches of Open Russia and MBKh media followed a crackdown on anti-Kremlin activists after protests calling for the release of opposition politician Alexei Navalny, who has been jailed on parole violation charges he said were trumped up.

Veronika Kutsyllo, editor-in-chief of MBKh media, said the police had mistaken the outlet’s offices for the premises of a British-registered entity called Open Russia that Russia banned as “undesirable” in 2017.

“There is no Open Russia here and never was. This is the editorial office of MBKh media,” said Kutsyllo.

Both MBKh and Open Russia were founded by Khodorkovsky, who was once Russia’s richest man but fell out with the Kremlin and now lives abroad.

Kutsyllo said that law enforcement officers seized written requests for comment that its reporters had filed to the authorities, as well as special vests worn by reporters when covering street protests.

Separate searches were carried out at the Moscow and St Petersburg offices of Open Russia and the property of one of its staff, its employees said.

The searches were carried out in connection with a criminal case against an entrepreneur accused of cooperating with a banned “undesirable” group, they said.

The Interior Ministry did not immediately respond to a request for comment.

Russia’s communications watchdog demanded on Wednesday that Twitter delete MBKh media’s account for what it said was a violation of Russian law. MBKh said it was accused of posting content from Open Russia.